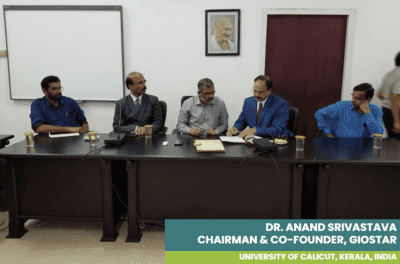 GIOSTAR has been heavily involved in research regarding diabetes over the past two decades, including work with the U.S. Food and Drug Administration (FDA) on approval for a Type 2 Diabetes clinical trial, which is under process. Dr. Anand Srivastava, Chairman, Co-Founder, and Chief Scientific Officer of GIOSTAR, recently collaborated with a team of researchers from University of Calicut, India to evaluate the therapeutic potential of a herbal medicine to combat this disorder. Their results were published in Biochemistry and Biophysics Reports.

Diabetes is a disease in which a deficiency in insulin causes blood glucose to rise to unhealthy levels (also called hyperglycemia). The disorder impacts roughly 1 in 10 Americans, and accounts for more than $330 billion in medical costs and decreases in productivity. Patients afflicted with this disorder have traditionally resorted to prescription insulin and medication such as metformin to manage their symptoms. These approaches have been met with several challenges, however, including high costs, need for insulin refrigeration, and persistent side effects.

Given these limitations, researchers have explored more natural alternatives such as massage therapy, yoga, and herbal medicines for managing diabetes. In this vein, Dr. Srivastava conducted a study to assess the benefits of Dhanwantaram Kashayam (DK), an ayurvedic medicine comprising more than 40 herbal ingredients. DK has proven effective in addressing disorders impacting the nervous and musculoskeletal systems of the body.

The team administered varying doses of the herb to six groups of diabetic and normal rats, while two served as controls. Their study focused on three key factors underlying diabetes mellitus: 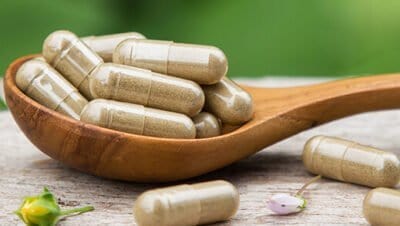 The team found that administration of DK increased the levels of SOD, CAT, and GPx, albeit inconsistently. Improvements did not correlate directly with the amount administered, as some rats experienced greater benefits from lower dosages. Further, there was great variation in the level of increase between the liver, kidney, and heart.

Finally, the administration of DK proved effective in reducing the levels of hyperlipidemia. This corroborates an investigation by a team of researchers at Miami University demonstrating the anti-lipidemic benefits of polyphenols, tannins, and other phytochemicals that are found in abundance in DK.

What does this mean for you, the patient?

Under Dr. Srivastava’s direction, GIOSTAR continues to make inroads with new discoveries in diabetes, psoriasis, liver disease, and other disorders. This study, for instance, sheds light on an herbal product that, as the authors note, “could be developed as a promising natural and safe remedy or as a preventive agent in diabetes mellitus.”

As with stem cell therapy, DK offers a potential alternative to patients that comes with fewer side effects than those associated with metformin, sulfonylureas, and other traditional medication. As noted in our discussion with leading neurologist Dr. Kenneth Sharlin, however, well-balanced balanced nutrition, regular exercise, and sleep hygiene are essential practices to maximize the efficacy of any therapeutic approach. Patients should bear in mind that no “silver bullet” exists for managing one’s health.

Please complete this brief form to learn more about Dr. Srivastava’s pioneering research on stem cells, and how GIOSTAR may be able to help you. You can also reach out to us via phone (844 446-7827) or email (info@giostarchicago.com). We look forward to being a part of your healing journey!