GIOSTAR Chicago is supported with scientific know-how by GIOSTAR (Global Institute of Stem Cell Therapy and Research), who is the pioneer in regenerative medicine and stem cell-based technologies. GIOSTAR Chicago is an independently run facility from GIOSTAR. GIOSTAR has been involved in the field of stem cell research for almost two decades in the United States. They have provided treatments to thousands of patients using their advanced protocols outside of the United States. Headquartered in San Diego, California, the Institute is an established leader in what is widely regarded as the most highly advanced field of science.

GIOSTAR is the leader in developing the most advanced stem cell-based technologies, supported by prominent scientists and physicians trained at leading universities in the United States and abroad. As a leader in the field of regenerative medicine, GIOSTAR’s vision is to develop and provide safe, effective, affordable, research-based therapies to those suffering from degenerative or genetic diseases around the globe.

How do we stand out from local area centers?

GIOSTAR Chicago leverages GIOSTAR’s customized, personalized, and proprietary scientific know-how to care for each and every one of our patients. Regenerative medicine is a highly complex field of medicine that requires years and years of extensive ongoing research. Most local centers may not fully grasp the nuances and intricacies of this field. They may not have teams of dedicated research scientists conducting ongoing research to enable their centers to continue providing the most advanced science to their patients. 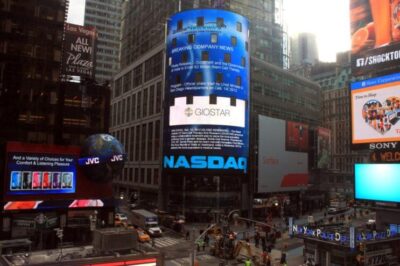 The GIOSTAR Chicago center does not take a “one size fits all” approach to medicine. GIOSTAR was formed a decade ago to continue intensive research and strives for higher quality control and excellence. Our scientists hail from the University of California San Diego (UCSD), Salk Institute, University of California Irvine (UCI), University of California Los Angeles (UCLA), and other prestigious U.S. universities. Armed with extensive training, they deliver cutting edge, research-based scientific know-how to GIOSTAR Chicago and beyond. This rigorous approach enables us to stay abreast of the latest techniques and advancements in the ever-evolving field of regenerative medicine. In parallel with patient care, our teams of highly skilled research scientists devote countless hours each day to make history by advancing the field of medicine and changing people’s lives for the better.