Chat with us, powered by LiveChat Skip to content 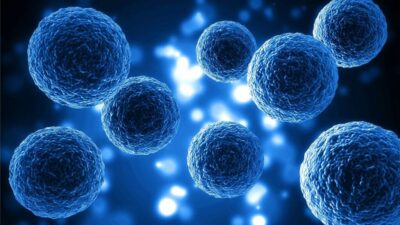 Are you struggling with psoriasis? You’re not alone. This condition affects over 125 million people worldwide. Notably, psoriasis potentially leads to pain and discomfort as the condition creates unsightly marks on a person’s skin. Today, many doctors will tell you that there’s no cure for psoriasis. Ultimately, they focus on simply managing the symptoms – without ever addressing the root of the cause. However, we are discovering that stem cell therapy for psoriasis is proving to be very promising for the millions of individuals suffering from this condition.

Therapy using a conditioned stem cell media can be effective in addressing psoriasis, according to a study published in Case Reports on Dermatological Medicine earlier this year. The new treatment may have more potential than other stem cell therapies being employed to treat the condition.

The case study was spearheaded by Dr. Anand Srivastava and his team at the Global Institute of Stem Cell Therapy and Research (GIOSTAR).

Psoriasis is an autoimmune disease that affects over 125 million individuals worldwide. It affects about 2.2% of people in the United States. The disease is most common in northern Europe, and the least common in eastern Asia. It causes red, itchy scaly patches on the skin. It occurs most commonly on the scalp, knees, elbows, hands, nails and feet. However, in severe cases it can cover large parts of the body.

The most common variety is known as plaque psoriasis or psoriasis vulgaris. The patient’s skin cells build up and form scales and itchy, dry patches. They usually appear on elbows, knees, lower back and scalp. Another type is nail psoriasis, which affects fingernails and toenails. Guttate psoriasis is usually seen among young adults and children, causing small, scaling lesions on their arms or legs.

Psoriasis is not contagious. However, your family history is an influential factor. If you have a parent with psoriasis, it increases your risk of getting the disease. Psoriasis sufferers are at an increased of psoriatic arthritis, lymphomas, cardiovascular diseases, Crohn’s disease and depression. So, it is best to get the treatment for this skin disease.

Psoriasis Within One Month of Treatment 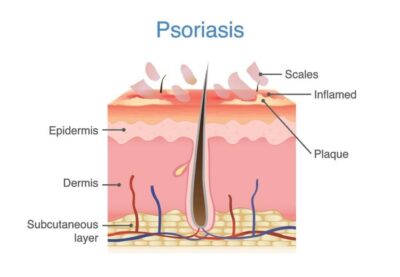 The case study followed the progress of a psoriasis patient who initially registered a score of 28 on the Psoriasis Scalp Severity Index (PSSI). The 38-year-old male patient had been suffering from psoriasis for over two years and had previously taken several traditional psoriasis treatments, which did not improve his condition.

Under the direction of Dr. Srivastava, the patient was treated with Mesenchymal Stem Cell Conditioned Media (MSC-CM), which was applied topically to affected areas daily.

“(The treatment) led an improved quality of life without any adverse side effects,” the case study concluded.

Prior research has indicated MSC treatments show promise at combating psoriasis, but this new study was the first to clinically demonstrate that MSC-CM may be equally – or even more – effective as direct MSC application.

“Treatment using MSC-CM appears to be an effective tool for tackling the psoriatic problem,” concluded Dr. Srivastava. “(MSC-CM) may offer a new avenue of therapy which could be considered as an alternative approach to overcome the limitations of the cell-based therapy.”

The MSC-CM treatment was prepared through a novel process that started by collecting the adipose tissue from a healthy volunteer. A plastic surgeon performed a lipoaspiration on the individual, collecting stem cell-rich fat tissue from which MSCs were isolated and stored. These cells then underwent a culturing process in the laboratory to create the MSC-CM concentration that was applied to the patient’s skin.

While direct MSC treatments have shown promise in previous trials, they also have indicated significant limitations in the transplanting process; sometimes the cells do not survive the process or fail to adhere to existing cells.

Using the MSC-CM concentrate instead may foster cell growth and regenerate skin in a more effective manner than direct implantation of MSCs.

This study is believed to be the first clinical report on the use of MSC-CM to treat psoriasis. As a result, it calls for further investigation on MSC-CM for both the treatment of psoriasis and also on other conditions.

Are You Suffering from Psoriasis? Contact Us to Learn about How Stem Cell Therapy May Provide Relief

The GIOSTAR Chicago team welcomes any questions you may have about stem cell research, or any of the procedures we currently offer patients. Please contact us online, call us at  (847) 750-4307 or email for more information.