Stroke is the third leading cause of death in the United States, and the top cause of long-term disability. Surprisingly, roughly one-fourth of all strokes happen in people younger than 65. Patients have historically resorted to conventional treatment approaches, which have unfortunately presented limited efficacy. To discover alternative treatments, please fill out a medical review form, or call our office in Glenview, Illinois at (844) 446 7827 to learn more.

What is a Stroke? 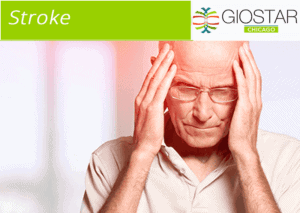 A stroke occurs when blood flow to the brain is suddenly blocked (an ischemic stroke) or when a blood vessel in the brain bursts (a hemorrhagic stroke). Ischemic strokes, which account for about 87% of all strokes, are caused by an obstruction, such as narrowed arteries or a blood clot.

Brain cells die in all types of strokes, whether due to the sudden bleeding or because a lack of blood deprives them of oxygen and nutrients.

The symptoms of a stroke include:

What Are Some Traditional Treatments of Stroke?

Unfortunately, at the present time, traditional medicine is limited. In ischaemic stroke victims – when arteries are blocked or narrowed from atherosclerosis – a Tissue Plasminogen Activator (TPA) is effective in dissolving the clot but it must be injected within 4 hours of symptoms appearing. In a hemorrhagic stroke, traditional treatment is focused on controlling the bleeding and reducing the pressure on the brain. Recovery from a stroke will often involve specific therapies (including speech, physical, and occupational) all with varying degrees of success. Most of the patients have long-term morbidity.

What is the Role of Stem Cells? 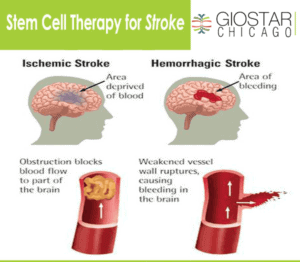 Within the body, there are different sources of stem cells – known as the “mother” or “master” cells – capable of differentiating into virtually any type of cell. It has been documented by several scientific publications that stem cells may differentiate into a specific cell or tissue type.