Deven Patel, CEO and Co-Founder of GIOSTAR, sat down with Spence Taylor, United States Army veteran and host of the “Exploring Leadership” podcast. This episode became the most downloaded in the history of the podcast. The two touched on a broad range of topics, summarized below. 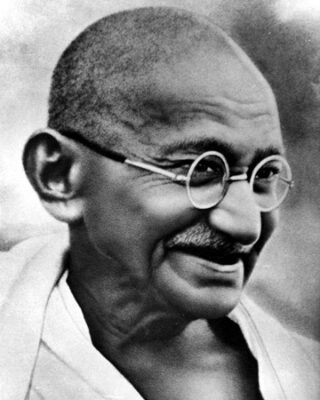 Deven shared his story of his humble roots in Gujarat, India. He came from a family of influencers and lawmakers looking to effect positive change in society. Deven’s father and grandfather were larger-than-life figures, who fought tirelessly for justice for the oppressed masses unable to afford legal representation.

“Whenever I see someone not feeling good,” Deven shared, “or feeling pain in their voice, I share that pain, and a ‘ball of energy’ goes from me to that person.” He noted that his guiding philosophy is Mahatma Gandhi’s timeless encouragement to “be the change you want to be.”

“I feel an ‘itch’ to be one with the universe,” Deven continued, speaking about the need to fully immerse oneself in anything – especially compassionate altruism – to make a truly lasting impact. To more deeply empathize with those experiencing starvation, for example, he subjects himself to prolonged periods of fasting every year. As Spence noted, this is the next logical step beyond the common aspiration for people to “do what your passionate about.”

Deven has long been inspired by the perspective that nothing is ours, but everything is given to us by God. GIOSTAR evolved from a casual meeting between Deven and [GIOSTAR Chairman and Co-Founder] Dr. Anand Srivastava at a Hindu Temple in San Diego – widely acknowledged as a leading hub of biotechnology. He was truly inspired by the scientist’s breakthroughs in shaping the field regenerative medicine, in the labs of University of California, San Diego, Salk Institute for Biological Studies, and other prestigious research institutions.

Stem cells, Deven explained, offer far greater benefits over conventional modes of treatment. Although they have helped patients with managing their disease, surgery and medication often simply mask the symptoms. In contrast, stem cell therapy homes in on the root cause of the disease. Further, given that they are natural and derived from the human body, there are very few side effects, and are very well tolerated. He explained that the anti-aging properties of stem cells have helped him manage his rigorous work schedule, which typically has him traveling domestically and internationally 9 to 10 months out of the year.

Going Against the Grain

Deven explained that one should be guided by their moral compass, rather than blindly adhering to the letter of the law. To support this argument, he and Taylor discussed many once legal practices (i.e., segregation, gender inequality) that weren’t firmly grounded in a just and moral perspective.

Deven can speak on this from personal experience. GIOSTAR faced an uphill battle in effecting change, with widespread legislation and policy in opposition to the nascent field of stem cell science. The resistance came from large, deep-pocketed, entrenched healthcare corporations, and political figures who opposed this new treatment modality for religious reasons.

Undeterred, the GIOSTAR Co-founders aligned themselves with Nancy Reagan, then California Governor Arnold Schwarzenegger, and other high-profile proponents of stem cell science. Their efforts bore fruit in the passage of Proposition 71 (California Stem Cell Research and Cures Act) in 2004, which allocated billions of dollars in funding for stem cell research.

The evolution thereafter has been dramatic, with numerous universities and corporations investing billions of dollars in stem cell research. GIOSTAR has been a huge benefactor of this momentum, striking up valuable partnerships with the United States Navy, Veterans in Pain, and other organizations. Deven acknowledged the immense contributions of military veterans such as Spence, who he feels should benefit from the numerous advantages afforded by stem cell therapy.

The past few years have been very exciting for GIOSTAR, as the company continues to expand its presence in India, Mexico, and other regions throughout the globe. Dr. Srivastava continues to publish highly influential studies in leading scientific journals on diabetes, skin disorders (i.e., alopecia, psoriasis), and liver disease. GIOSTAR recently launched a wholly owned subsidiary called GIOCOV, focused exclusively on clinical trials for COVID-19 and Long COVID. “We had great results in treating a critically ill patient with COVID-19,” Deven explained. “The man was on a ventilator, had undergone septic shock, and was dependent on kidney dialysis.” GIOSTAR was one of the first institutions to receive FDA Approval Under Compassionate Use to treat COVID-19 patients with stem cells.

Deven closed with an aphorism from influential spiritual figure Paramahansa Yogananda that has shaped the mission of GIOSTAR:

Words saturated with sincerity, conviction, faith, and intuition are like highly explosive vibration bombs, which, when set off, shatter the rocks of difficulties and create the change desired.

GIOSTAR is the pioneer and established leader in the field of stem cell research. Under the leadership of Co-Founders Dr. Anand Srivastava and Mr. Deven Patel, the San Diego-based Institute has a tradition of groundbreaking research in stem cell science spanning over two decades.

The GIOSTAR Chicago team welcomes any questions you may have about stem cell research, or any of the procedures we currently offer patients. Please contact us online, call us at (844) 446 7827 or email us for more information.