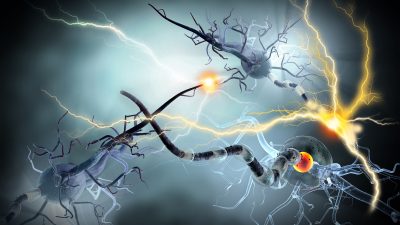 Mesenchymal stem cells (MSCs) are stromal cells—the connective tissue cells that provide support to the specialized cells of the organs of the body. MSCs are found in adipose tissue, bone marrow, and numerous other regions of the body. They are multipotent, meaning they can change cell types. This capability offers great possibilities for medical research, as MSCs are easier to obtain than other stem cell types. For more than two decades, GIOSTAR has conducted extensive research on the effectiveness of stem cell-based therapy in combating numerous degenerative conditions. Most recently, GIOSTAR Chairman and Co-Founder Dr. Anand S. Srivastava and his team investigated the benefits of stem cell-based intervention against chronic liver disorders and psoriasis. Researchers continue to uncover additional evidence pointing to the potential benefit of MSCs in providing symptomatic relief for multiple sclerosis, rheumatoid arthritis, and other autoimmune diseases. Pre-clinical and clinical studies have yielded numerous insights about the advantages offered by MSCs. In one study published in Stem Cells, researchers demonstrated the cells’ ability to reduce the impact of certain inflammatory conditions due to their ability to control immune responses. Without directly helping with tissue generation, MSCs assist in the regulation of the immune microenvironment and tissue repair. This is accomplished through a type of cell-to-cell communication called paracrine signaling. MSCs have shown positive results in the management of multiple sclerosis and rheumatoid arthritis.

Multiple Sclerosis, or MS, is a chronic autoimmune disease that affects the central nervous system. The disorder causes the immune system – which is designed to protect against illness – to attack the protective coating (myelin) that covers the axon (the threadlike part of nerve cells which connects to other nerve cells). The lesions resulting from this attack prevent communication between nerve cells, which impacts brain function, and impairs both cognitive and physical health. As a part of the same study cited above, entitled Human Adipose-Derived Mesenchymal Stem Cells Modulate Experimental Autoimmune Arthritis by Modifying Early Adaptive T Cell Responses, on mice with experimental allergic encephalitis (EAE—the animal model of MS) infusions of MSCs delivered significantly reduced the severity of the disease. Subsequent tests provided similar results. While the exact reason is not fully understood, the general understanding is that these stem cells change the immune response from pro-inflammatory to anti-inflammatory. Injections of MSCs from human bone marrow into mice with EAE were followed by rapid and sustained recovery. While additional research is needed, the delivery of the MSCs appeared to play a role in diminishing the impact of the disorder. The investigators also determined injections of MSCs into the brain fluid to be considerably more effective than injections into the abdomen. The potential for mesenchymal stem cells to assist in myelin repair and reduce inflammation would greatly benefit the treatment of MS. 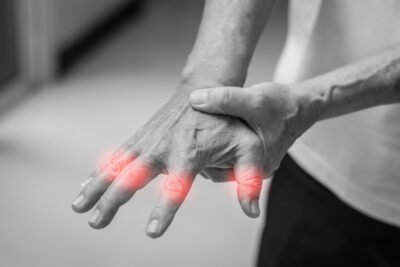 Rheumatoid Arthritis (RA) is a chronic inflammatory condition that results in tissue damage and loss in the joints. While multiple cells contribute to this damage, evidence suggests that T cells are the major effector in RA. MSCs have been found to change the behavior of T cells, and improve recovery in animal models of RA. The ability of MSCs to differentiate into cells points potential capabilities in direct tissue repair. To do this, it is believed that the stem cells would need to be retained in the inflamed joint. Tests on animal models have been effective in localizing MSCs to the affected area, but further investigation is needed to demonstrate a direct link to tissue repair. If mesenchymal stem cells can reduce inflammation, influence T cells, and assist in tissue repair, their influence on other immune cells would be an obvious boon in the treatment of autoimmune diseases. Sources Lopez-Santalla M, Mancheño-Corvo P, Menta R, et al. Human Adipose-Derived Mesenchymal Stem Cells Modulate Experimental Autoimmune Arthritis by Modifying Early Adaptive T Cell Responses. Stem Cells. 2015;33(12):3493-3503. doi:10.1002/stem.2113.https://www.ncbi.nlm.nih.gov/pubmed/26205964

GIOSTAR Chicago welcomes any questions that arise as you research MSCs, or any other aspects of stem cell therapy. We invite you to reach out to us today to learn about GIOSTAR – notably the groundbreaking research of our Co-Founder and Chairman Dr. Anand Srivastava. You can contact us by completing a brief medical history form, or via email ([email protected]) or phone (844 446 7827).