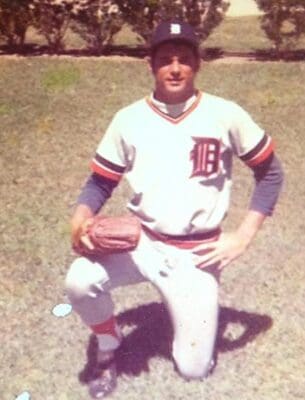 In the debut episode of GIOTalk, Arnie Costell speaks with Dr. Gellis about stem cells: the GIOSTAR Chicago team and facilities, how regenerative medicine helped him better manage the symptoms of his orthopedic injuries, and recommendations for younger athletes looking for viable alternatives for pain relief.

Arnie Costell is well-known in his community of Marina Del Rey, California, for his infectious, high-energy personality. Every day he speaks with crowds of fans and friends at “Arnie’s Bench” in Marina Harbor, about numerous topics including relationships, careers, and health.

Costell is a former professional baseball pitcher who played for the New York Yankees, the Detroit Tigers, and several other Major League Baseball (MLB) teams. Known to have a fast ball with more velocity than famed pitcher Nolan Ryan, Arnie had sustained numerous injuries as a result of his athletic career. Unfortunately, he received minimal benefit from numerous surgeries over the years – including a Tommy John surgery and ulnar nerve transposition – and decided to pursue an alternative.

Arnie was selected as the first candidate to go through Stem Cells for All, a joint non-profit initiative between GIOSTAR Labs and the Association of Professional Ball Players of America (APBPA). As part of this program, he and other baseball players (i.e., Mike Rossiter, Nick Renault) were able to receive stem cell therapy at the GIOSTAR Chicago center in 2019.